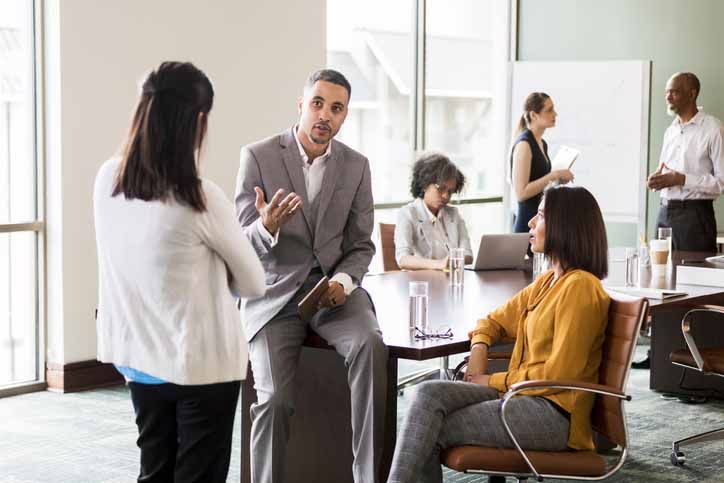 Despite these differences, the aerial view is clear: productivity is down. This decline matters because productivity drives economic growth.

Here, we look at three ways to improve sales productivity through a reinvestment in human capital.

Researchers at PwC examined what drives productivity in US businesses. They learned that “planning for productivity means doing long-range planning, not indulging in short-term thinking.” This finding came from interviews with leadership at the executive level. This view is shared by sales professionals in the field. Our research shows that successful selling organizations choose long-term sales training programs.

The tendency to favor short-term solutions is understandable for three reasons. First, research from McKinsey shows that 65 percent of leaders feel pressured to deliver short-term results. Second, long-term solutions often appear unfavorable because the “payoff” cannot be expected any time soon. As a result, leaders will need more patience to verify outcomes. Third, leaders are often uncertain about how an investment based on today’s data will pay off in the ever-changing future.

Additionally, more technology means more administrative responsibilities. As digital tools pile up, sales professionals are burdened with learning about the features, not the customer. As one leader summarized, “The technology changes rapidly, but the [workers] find their places around that technology more slowly.”

It’s not surprising to learn that for many sales professionals, time spent selling has dropped to just 36 percent of their workweek.

In fact, the problem is so pervasive that it has extended to the manager’s role. Additional research from Bain shows that “managers have fewer than seven hours per week of uninterrupted time to do deep versus shallow work. They spend the rest of their time attending meetings, sending e-communications, or working in time increments of less than 20 minutes.”

Technology has an important role to play in sales productivity. However, over-investment in technology and under-investment in people delivers a message that the power to sell resides in the tech, not the talent. This message reduces morale. It also erodes the sales professional’s locus of control — their sense of agency and belief that outcomes are within their control.

Businesses sometimes pursue productivity by prioritizing quantity over quality. In a selling organization, this problem is represented by winning more deals that are too small.

This outcome is a problem because chasing many small wins exhausts efforts. Doing so also ignores valuable cross-selling opportunities within existing relationships. Moreover, jumping from sale to sale drives the two above problems. Leaders make investments suited to short-term performance, and they resort to the digital tools to increase the volume of leads. Success comes from capitalizing on front-loaded efforts by accessing the customer’s white space in an expanded sale.

Investments designed to drive output without regard for quality leave true sales productivity lacking. The reason: the output increases but so do inputs. This strategy leads to a lot of peddling and few miles gained.

Productivity is a key economic problem of the 21st century. For many sales organizations, the solution is within the workforce. By investing in the right thing — improved selling behaviors — leaders can achieve more with existing resources.

As McKinsey found in their review of successful businesses, “Just under half the fast growers spend significant time and money on sales-force training, compared to 29 percent of slow growers.” Focus investments on the long term, people, and value over volume.