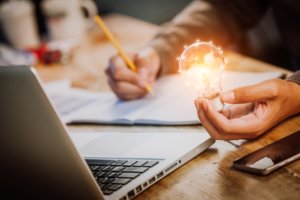 In a recent post, we examined several disconnects between sales managers and reps regarding the quality and impact of managers’ coaching.

Our recent survey of nearly 300 managers and salespeople revealed that significant numbers of managers and reps were on ‘different pages when it comes to coaching content.

While most managers say that during their coaching conversations, they stress long-term skills development, reps say the opposite: managers often engage in short-term, pipeline-oriented conversations.

Once again, our survey revealed a disparity between how managers say they typically approach the conversation and how reps perceive them to be doing so. Managers tend to believe that they take a more collaborative approach to coaching where they engage in a dialogue with reps, but reps more often feel that managers simply dictate what to do.

If reps feel this way about their managers’ coaching, it’s going to be hard for managers to drive behavior change.

Given these perceptual gaps, we wondered what organizations were doing to better enable their front-line sales managers to effectively coach. What tools are companies providing? What kinds of support are managers receiving from sales training and enablement teams in terms of technology, systems, and processes?

When we asked sales training and enablement leaders about the coaching support and training they typically provide, the results were surprising. Much of the training given to coaches has the tactical, short-term focus that reps complain about. Apparently, one reason managers are overly focused on coaching to the pipeline instead of long-term skills development is because their trainers also emphasize those types of conversations.

The good news is that front-line sales managers are acting on the support and training that sales training and enablement departments provide. But the support is overly skewed toward tactical, deal-oriented conversations and needs to be adjusted.

When we asked managers, “What are the barriers to improving the coaching you’re delivering?” the overwhelming response was “lack of time.”

But ironically, we found that managers are not utilizing the available coaching technology—which would make finding time for coaching easier—as much as they could. The data also showed that managers and reps prefer face-to-face interactions when conducting coaching, so managers may be hesitant to use the available technologies if they don’t simulate the in-person experience.

“These technologies allow sales training and enablement teams to extend their reach beyond the classroom and into the field,” said Henry Bruckstein, founder of Canam Research in a recent webinar on the survey results. “They also give managers access to what happened during formal training. What role plays did the reps do well on; which products do they have a natural ability to talk about versus those they don’t?

“This information will tell the coach–in advance–about which reps need coaching and which topics need to be covered.”

We’ve talked about what reps want, but what do managers want?

When asked about what they need to improve their coaching, front-line sales managers’ number-one response was, “training on how to diagnose performance problems.”

In the past, this was often done by pulling up a CRM report to learn which products a rep was successfully selling and which ones they were not. Unfortunately, this is a lagging indicator of competency, since it measures the results—lost deals—rather than what led to the loss in the first place.

However, when managers are equipped with sales learning and readiness tools designed to simulate the in-person experience, they gain real-time visibility into their reps’ current competencies. Now they have a leading indicator of how (and on whom) to spend their limited coaching time and energy.

For more on how Allego’s customers diagnose performance problems,  watch this video to learn how John Hancock identifies and acts on knowledge gaps among sales reps.