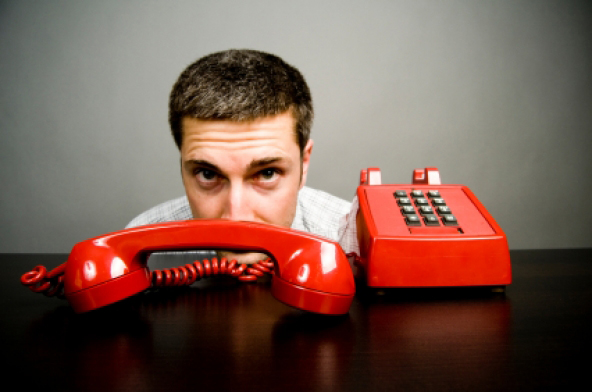 For most salespeople, professionals and business owners, the sales process begins with prospecting. And yet, too often, we unwittingly sabotage our prospecting efforts.

If you don’t have the number of quality prospects you’d like, chances are you’re making one or more of these common mistakes.

1. Not doing it It amazes me how many people will complain about not having enough prospects, but won’t actually do anything about it. Any prospecting is better than no prospecting.

2. Not spending enough time on it I know—you’re busy. You have a lot of things on your plate, especially if you’re a professional or business owner. But sales is the most critical part of your career or business. Which means you need to make prospecting a priority.

3. Having a negative attitude about it Because prospecting is frequently riddled with rejection, many people believe it’s a waste of their time. The problem is that we manifest what we believe, as brain researchers have proven. So if you have a negative attitude about prospecting, it will come through in your voice, your words and your actions, resulting in a self-fulfilling prophecy.

4. Looking in the wrong places One of the reasons rejection is so frequent is that salespeople often contact the wrong people. Whether it’s because they have a bad list, they don’t know who their ideal customers are or they believe “everybody” is their market, they waste a lot of time on people who will never buy from them. Know your target market and focus your efforts on them.

5. Failing to research prospects Even if you know the basic profile of your ideal prospect, you won’t get very far if you don’t know anything else. With as much information as there is out there, prospects can get easily offended if you don’t know who they are and what they do. Invest some time in research—the more, the better.

6. Making a pitch instead of asking questions Too many prospecting calls and letters are a long pitch about the company’s wonderful, amazing, spectacular, new, improved, guaranteed, exceptional, state-of-the-art, breakthrough, premier, exciting, super-cool product or service.

Instead, ask a few simple, targeted questions that address the prospect’s issues to determine if they have a need for your product or service. Pitches bore, questions engage.

7. Being inconsistent A lot of people will prospect like crazy for a while, and then devote themselves to everything else until there are no more orders to fill—the classic “feast or famine” approach. If you want your pipeline to be more consistent, then your prospecting efforts need to be consistent as well.

9. Giving up too easily Because everyone has so many demands on their time, prospects today are harder to reach than ever before. If you give up after one or two messages, well, that’s what they’re hoping for. Persistence and creativity, though, can often lead to success. Change your message, change your contact method, change your approach. If you believe they’re a good prospect, keep trying.

10. Not following up Sales aren’t typically closed on the initial call. Even simple deals usually require a significant amount of follow up. And even after doing everything else right, that’s where a lot of salespeople fall down. Be zealous about following up with your prospects once you’ve made contact.

So which of these mistakes are you making? Create an action plan to rectify them and you’ll see a dramatic boost in your sales.

By the way, if you’re a sales manager and you were nodding your head in frustrated agreement as you read this because your sales team is guilty of several of these offenses, give me a shout. I have an entire training program on how to make prospecting faster, easier and more effective.

What other prospecting mistakes have you seen salespeople make? Leave them in the comments section below!