Great News! The Latest Data Shows That Salespeople are Improving 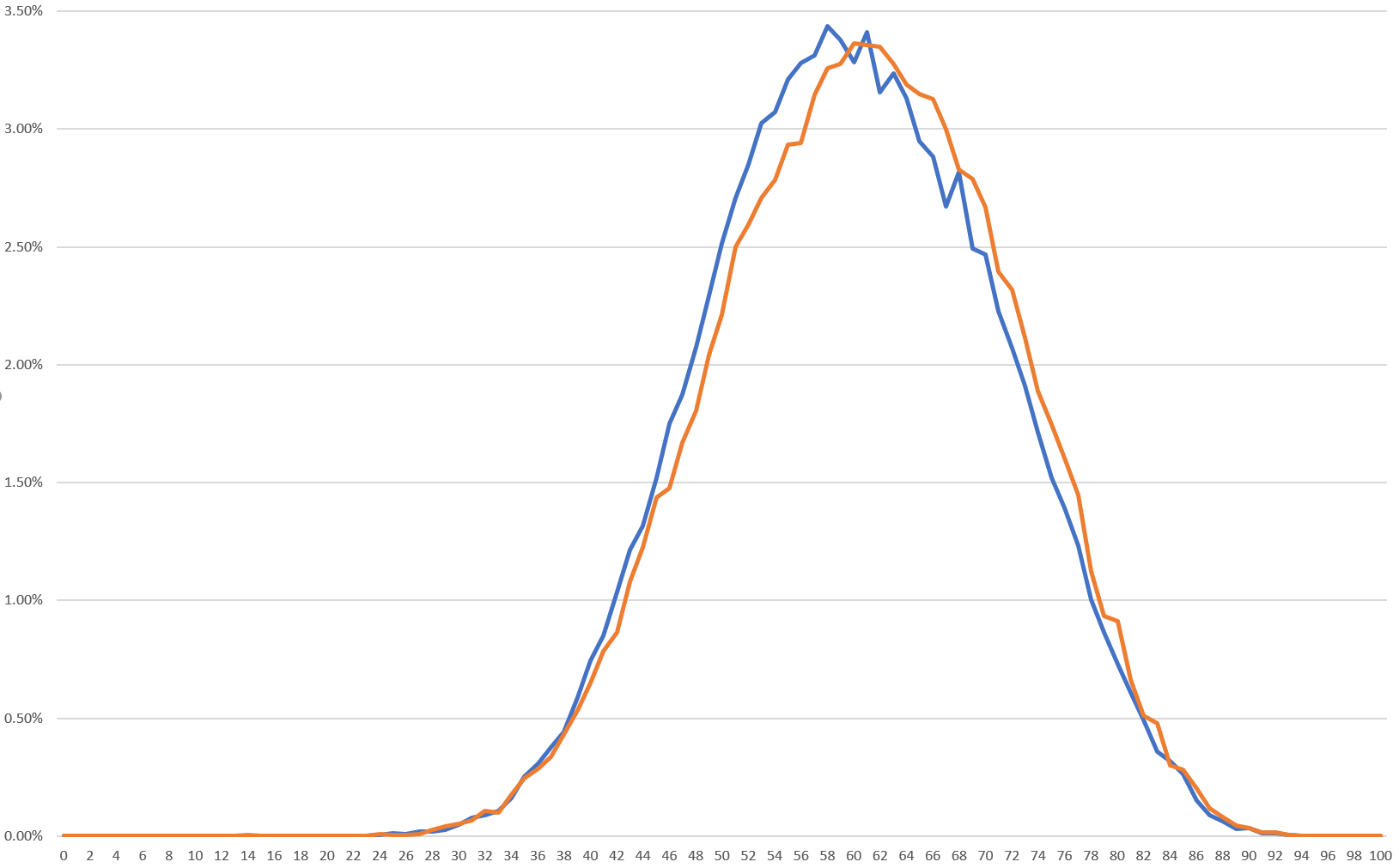 Some really terrific news came across my desk this week when John Pattison, Objective Management Group's (OMG's) COO, showed me two graphs he had created.  For the first time in recent memory, salespeople as a profession GOT BETTER!

Let's review the two graphs below.

In the first graph below you will see the that the blue plot line for 2018 has moved to the right for the middle 50%.

The next graph presents a more familiar looking bell curve. The move upward in blue is even more apparent in this graph.

It might not seem like much but an average improvement of 2% by the middle two quadrilles is significant.  Remember, this is an average increase for the middle two quadrilles.  The 2% average is also affected by which company provides the training and coaching and which sales process and methodology are selected.  If 80% of revenue comes from the top 20% of salespeople, then the middle we are talking about here produces about 20% of the revenue. A 10% improvement represents a 33% increase in revenue so a 2% increase in effectiveness would yield a 6% incremental increase in revenue.   For example, suppose you run a $20 million company with a 33% margin and you improve revenue by 6%. That's an increase of $1,200,000 on the top line and $400,000 in gross profit.  Most businesses will take that incremental improvement on top of their expected year-over-year organic growth.

Often times, that improvement is the result of being more effective at selling value and in addition to being 2% more effective overall, salespeople are improving margins by 5 points or more.  In our example above, the gross profit would increase to $456,000.

What can we attribute this improvement to?  If I had to point to one thing, it would be that the coaching by sales managers is finally starting to support, rather than undermine, sales training and sales process.  I'm sure you have your own ideas as to what has moved the needle.  Add your comments to this discussion on LinkedIn.

Finally, we have evidence that the work being done to improve the capabilities of professional salespeople is paying dividends.