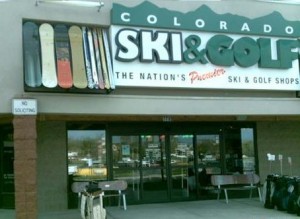 My buddy, Shaari, was staying with me for a couple of weeks in between overseas assignments. (He teaches English in various countries around the world.) His next job is in Afghanistan, so he needed a heavy winter coat.

We headed out to the nearest sporting goods store. When we arrived, we found a few lightweight jackets, but nothing substantial. We asked a salesman if they had any heavy coats. With a shrug of his shoulders, he replied, “Everything we have is out here.”

Apparently believing his answer was sufficient, he turned and walked away. We left the store.

We drove to the next closest store. Again, only lightweight jackets. Again, we asked the saleswoman if they had anything heavier. Again, the response, “Everything we have is out here.”

We walked out, trying to shake the feeling of déjà vu.

Unfortunately, the store didn’t have that coat in Shaari’s size on the rack. When Shaari asked if they had it in his size, David replied, “Everything we have is out here.”

“However,” he continued, “I can call our other stores in the area to see if any of them have it.”

Encouraged, we waited. After about five minutes, David returned, a coat in his hand and a smile on his face.

“I decided to check in the back just in case. Turns out we had a couple back there.”

Relieved and appreciative, we went to the register to pay.

Whether you’re a salesperson, professional or business owner, people come to you because they have a problem they need solved.  Just because the answer to a prospect’s problem isn’t right there in front of you, doesn’t mean the problem goes away. Are you—and your people—willing to do what it takes to help prospects solve their problems?

I had never been to Colorado Ski & Golf before, because it’s so much further from me than other stores. But the next time I need sporting goods or apparel, I’m going there first. Because their people understand that sometimes “everything” isn’t enough. But when you do a little more, the result is a happy customer.